That’s the title given to the most recent campaign of the Heart & Stroke Foundation of Barbados’ Childhood Obesity Prevention (COP) Programme.

Launched last week, this campaign aims to encourage policymakers to implement a Healthy Nutrition in Schools Policy, including the removal of unhealthy foods and sugary drinks from schools with the support of parents/guardians as well as teachers.

‘Act Now!’ follows other successful COP campaigns in the past that served to sensitize the general public on the issues of childhood obesity and their impact on the health and wellbeing of our young persons. This campaign targets the policy makers especially as they hold the power to make policy, legislate and bring into existence protective measures that will ensure our children are growing up in healthy environments.

The research has shown that we are at a critical juncture. It is no longer optional to promote the message of healthier lifestyles; it is vital. And especially so for our younger ones. A worrying 73 per cent of Barbadian children aged 13 to 15 drink one or more carbonated soft drinks per day.

It’s a serious cause for concern because research has shown that drinking just one sugary drink per day increases the likelihood of children being overweight by 55 per cent and increases the risk of developing type 2 diabetes by 26 per cent in adulthood. Overweight can lead to obesity, which also increases the risk of other non-communicable diseases (NCDs), like cardiovascular disease and hypertension. The concern is even greater now, as having diabetes, heart disease, and hypertension increases the health risks from COVID-19.https://47eab0d9ecf84643d2302b2421cb2144.safeframe.googlesyndication.com/safeframe/1-0-37/html/container.html

The research findings and the statistics given below should be a wake-up call for all of us to seek policies that help create healthier school environments.

–  eight out of ten deaths in Barbados are caused by non-communicable diseases (NCDs).

–  one in three children in Barbados is overweight or obese.

–  one in five adult Barbadians has diabetes.

–  Excess consumption of unhealthy foods, including those high in sugar like sugary drinks, is a major risk factor for obesity, heart disease, and some types of cancer.

And the fact is that Barbadians, in overwhelming numbers, do support having National Policies for healthier schools. According to the 2018 Barbados Childhood Obesity Prevention Public Opinion Poll, almost all of Barbados (92 per cent) support having a National Policy to ensure a healthy school environment and 95 per cent believe it is very important or somewhat important that the government plays an important role in reducing obesity. The poll was commissioned by HSFB and conducted by the Caribbean Development Research Services Inc. (CADRES).https://47eab0d9ecf84643d2302b2421cb2144.safeframe.googlesyndication.com/safeframe/1-0-37/html/container.html

HSFB President Dr Kenneth Connell reinforces this need for policies: “The evidence is there to show that Barbados needs and is fully ready for a comprehensive healthy school nutrition policy that includes a ban on sugary drinks in schools. Too many of our children are overweight and obese, which can lead to serious diseases in the future and increase the burden on our health care system.

“The COVID-19 pandemic has compounded the health risks of people living with underlying conditions and we must do everything we can to help Barbadians, especially our children, reduce the likelihood of developing these NCDs. It’s now time for the government to act and implement this policy – we must act now to protect our children’s future.”

At last week’s launch, all the speakers raised very important points, reinforcing the need for the creation of policies. It was noted that what is being asked for in Barbados is nothing new or untested. Several countries, including neighbouring islands, have implemented policies that aim at ensuring healthier school environments by removing the sale and consumption of sugary sweetened beverages and other unhealthy snacks and foods from schools.

Another speaker highlighted the fact that overweight or obesity in children can lead not only to physical health challenges but also emotional issues and depression.

Additionally, it was pointed out that there is a myth that consumption of unhealthy drinks and snacks can easily be worked off in the system by exercise and physical activity. This is untrue, as the amount of activity required to work off these unhealthy diets far exceeds what is taken in and what is actually done. And the reality is that many of our children today shy away from any form of physical activity, sports and play, instead choosing to sit in front of the ‘screens’ where they get their enjoyment and thrills but no exercise.

Gordon Walters Primary School head Mr Tyrone Marshall and teacher Ms Sherryann Murray spoke to their school’s initiative going on for a few years to have that healthier environment. They banned the sale of sugary sweetened beverages and other unhealthy snacks, promoted the drinking of water and other natural juices and created an agricultural programme so these young pupils can learn to grow their own healthy foods.https://47eab0d9ecf84643d2302b2421cb2144.safeframe.googlesyndication.com/safeframe/1-0-37/html/container.html

They acknowledged it wasn’t all smooth sailing in getting buy in but they have persevered. I have written in the past of my full support and appreciation for what Gordon Walters as a public primary school has achieved through visionary leadership, determined resolve and a full understanding of what is necessary to create that healthy culture among their charges. Mr Marshall made the valid point – schools are supposed to be promoting the growth of their students. That growth is undermined if the school environment is selling and allowing the consumption of unhealthy foods. This must be seen as a Child Rights issue, the right to a healthier learning environment.

I take this opportunity to commend the Ministry of Education, Technological and Vocational Training, and their collaborators at the Pan American Health Organization (PAHO) on the vow to introduce a School Nutrition Policy for Barbados by the start of the September 2020 term. This is a critical step towards combating the alarming rates of childhood obesity in Barbados and protecting our nation’s children from developing non-communicable diseases (NCDs).

I further commend the several youth advocates of the COP programme. They have been extremely passionate, focused and active in getting the messages out there. They have demonstrated as youth they care about their fellow youths. It is young people speaking to young people. They are showing, by their own example, the value and positive outcome of choosing healthier lifestyles.

The Barbados Childhood Obesity Prevention Coalition is working assiduously to getting the facts and the messages out there to Barbadians so we all can understand and accept the reality that we are facing a crisis in the health of our children. As Youth Advocate Jared Spencer highlighted at the launch, Barbados is ranked fifth in the world’s unhealthy countries. That is not something we should be proud of.

The Coalition is made up of 75 community services organizations, individuals and youth advocates. It is our hope to grow the Coalition and strengthen our voices. 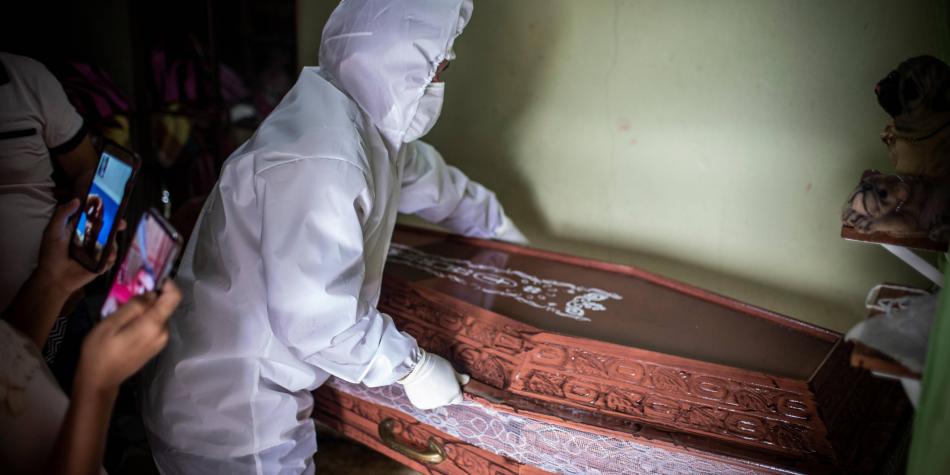 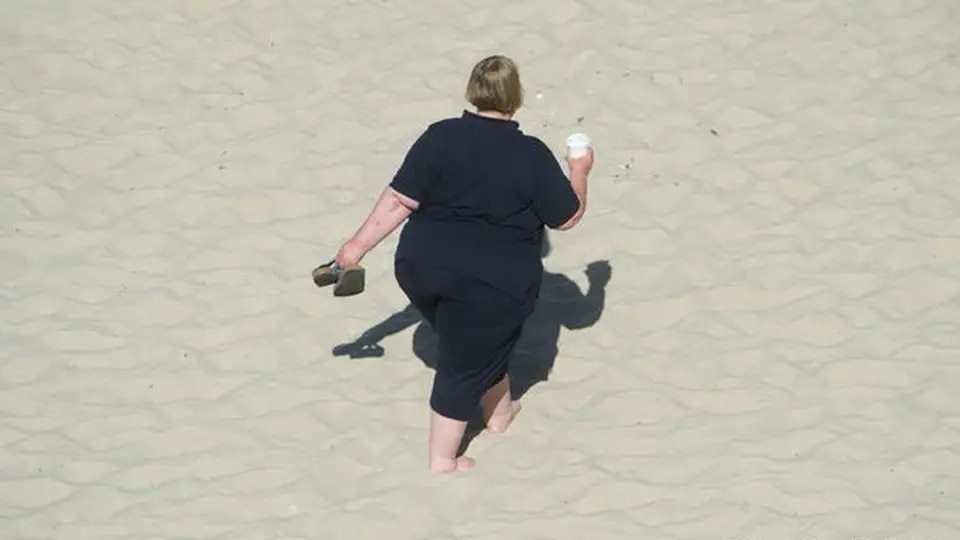 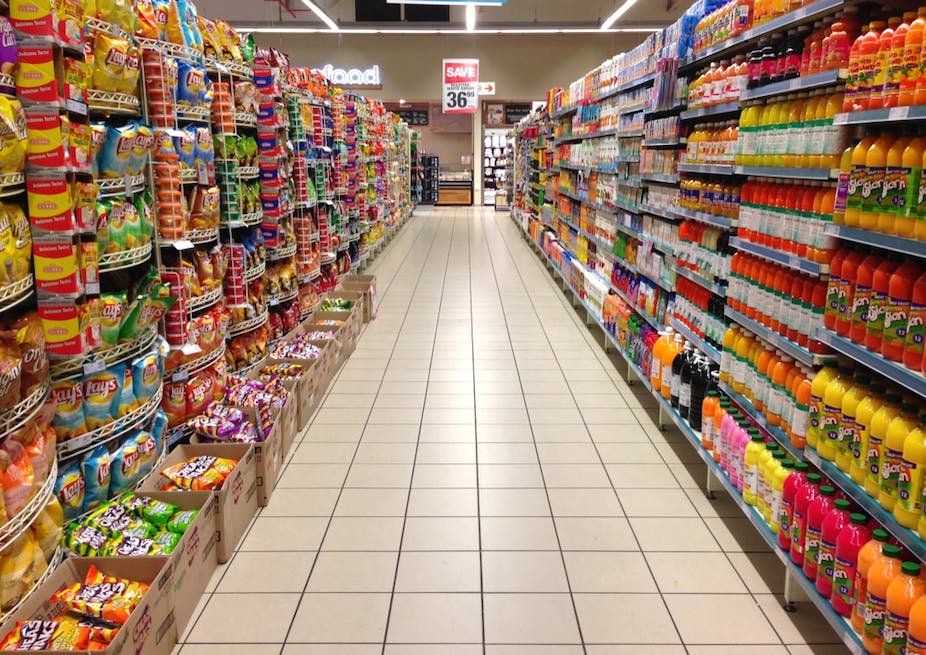